So I haven't posted anything for a while and as always I'm really sorry about not being active ^^; School was pretty stressful for me for the last couple of months because I'm in my final school year and I was writing all of my 2-6 hour exams. However, I'm super excited to be posting today!

I was also thinking about making a post about my favourite products of 2015 because I saw many blogger and also youtubers doing blog posts/videos about it last year. Let me know if you would be interested in these kind of things!

But let's start with the review!
I got this eyeshadow palette (MUA Undressed) from my blogger friend Emily! I do think that you can get it online too but it will be a little more expensive than if you get it in England. As far as I know, this eyeshadow palette costs 4£ and you can get it in any store that sells cosmetics. I really wanted to get this palette because I heard great things about it and it's also well known as Naked 1 dupe. To be honest, I'm not a big fan of the Naked palettes from Urban Decay because most shades look too metallic and they're just not my style but I wanted to try it nevertheless. 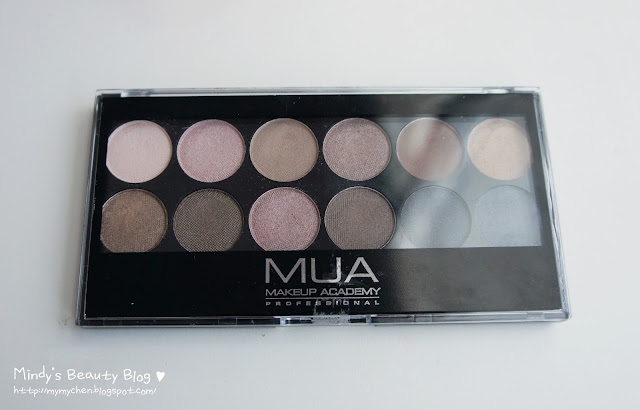 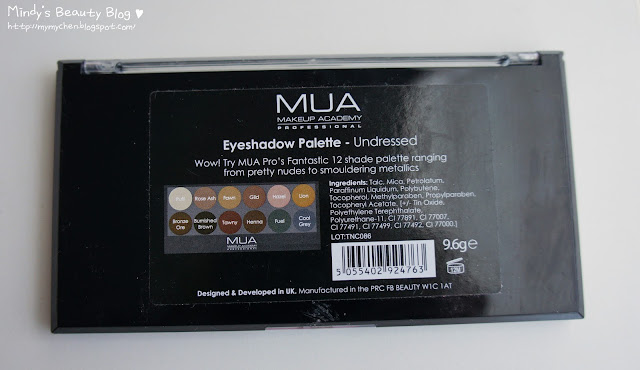 The packaging is pretty simple. A sponge brush is included in this eyeshadow palette but I forgot to take close shots of it. You can see the brush in the next photo though ;-; 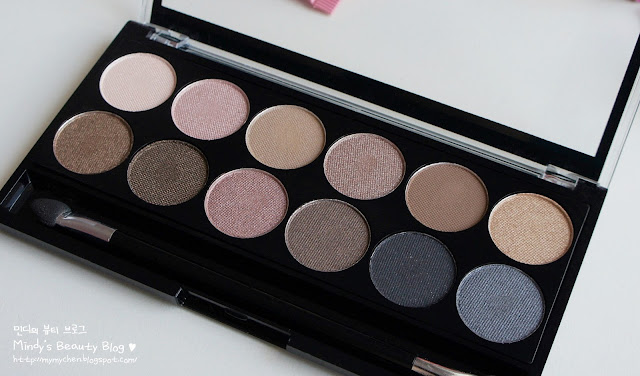 Most colours look really similar to the Urban Decay Naked palette in my opinion but I don't own the original eyeshadow palette to be able to compare them in any way. I can only judge based on online swatches~^^

Based on that I would say that the two gold tones Lion and Bronze Ore (Half baked & Smog) look a little different and also Rose Ash (Sin) and Gild (Sidecar).

Swatches, no primer (name of shades on photo above) 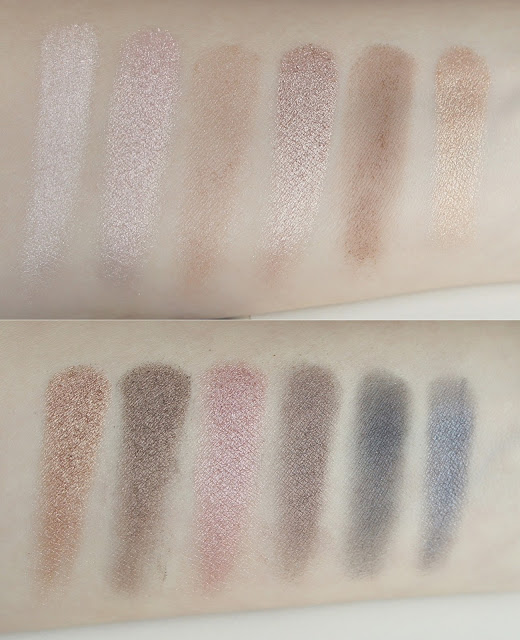 As you can see, they'e pretty pigmented and look very stunning imo!! (Keep in mind that I didn't use any primer and only 1-2 swipes) My favourite shades in this palette are Fawn (first row, no.3), Tawny (second row, no.3) and Gild (first row, no.4)! I absolutely love mixing Fawn and Gild together to get a little glitter into Fawn ♥

The two lightest shades (Puff and Rose Ash) are not as pigmented as the other shades! And also I think that Fuel and Cool Grey are a little dry compared to the other shades and also not as dark as you might expect at first.

Here are some eye makeup looks I did with only using eyeshadows of this palette!
(no primer) 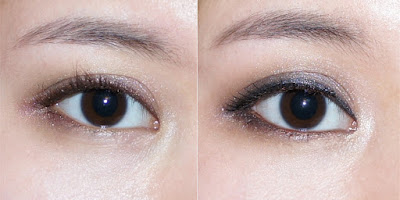 Recommended?: I would definitely recommend it to friends who like the Naked palette but don't have enough money to buy the original one. I mean 12 eyeshadows for only like 6usd and most of them look almost identical! I wouldn't recommend it to people that were going to buy it because of the lightest shade (Puff aka Virgin) or the two dark blue shades (Fuel aka Creep/ Cool Grey aka Gunmetal).

The next post is probably going to be a small review from a website with cute things or maybe I'm going to post some reviews of my current favourites hehe~! Please look forward to them! ♥

I love the RH side eye makeup Mindy! it's pretty~
good luck with finals!! you're super close to finishing! Keep on working hard :D
The shades in the palette are quite nice & i like how it has both a range of "light" & "Dark" colours.
xx Charmaine

wow, the colors are pigmented and pretty. also the palette are quiet affordable with only 6usd we can get this palette. really worth to buy ^^. anw good luck with ur exam ^^ fighting

@charmaine: thanks a lot!!! I like the shades too. I envy you because youre already finished with school haha~

@Tori Chu: Thanks for your comment, I think this palette is a nice dupe too!

I've always wanted to try this palette, it's so affordable and the colours so nice! Great review, your blog is absolutely adorable! :D now following you on GFC! xx

@elizabeth:Thanks for your kind comment and for the follow ♡ I think this palette is nice for 4£ too! ^-^

@Sindy: Omg this is the latest reply ever!! Im so sorry!! But i would recommend starting off with neutral brown tones and maybe practise with a pencil eyeliner first and some mascara ♡ good luck!!! ^-^*