Today I want to share with you a small make up tutorial inpired by Ulzzang Pony.
Valentine's Day is coming up soon and I see bloggers do special blog posts for it. I wanted to do something like a 'special' for it too but I don't have a bf  ._. so here's a really small eye make up tutorial instead OTL 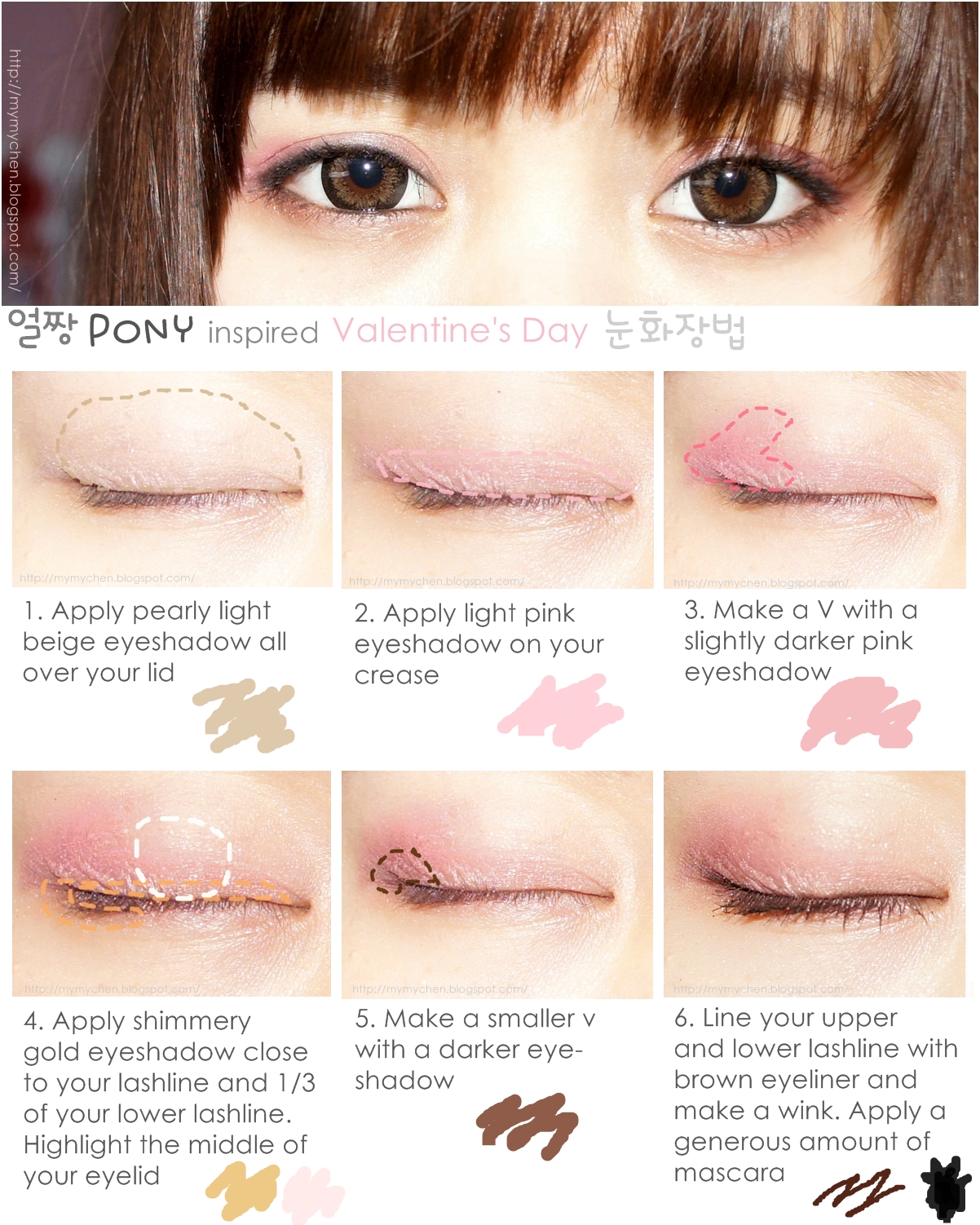 More photos of the eye make up 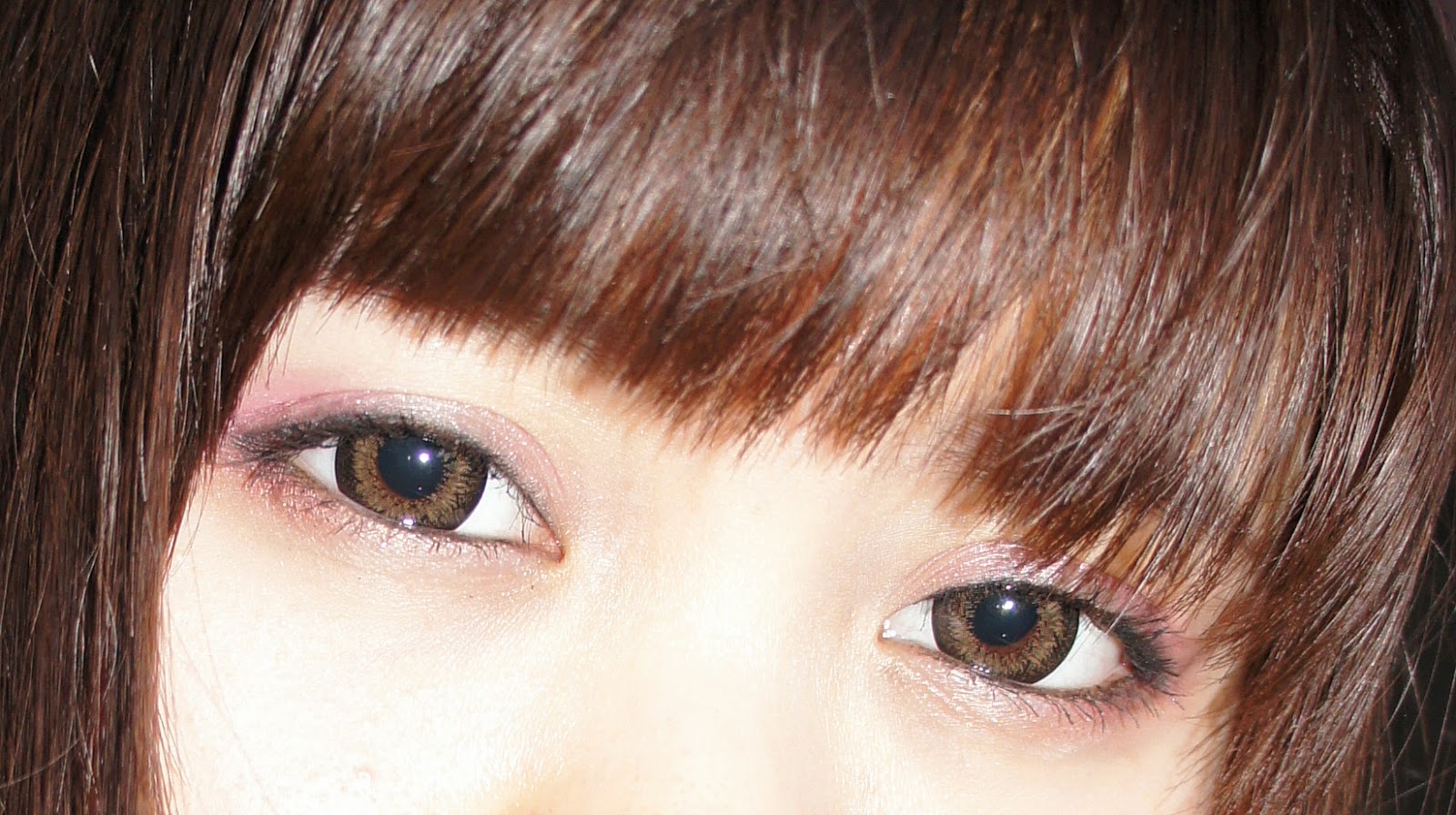 OK I look super stupid with my eyes closed .__."

Very lovely and cute makeup! Soft but really pretty, thanks for this sweetie!
xx

I want invite you to join to my Etude House Fresh Cherry Tint Giveaway!

Awww… It looks so adorable! I like how it isn't too over powering! It's really subtle but really flattering! Thanks for the tutorial, I'll try it out (even though i'm forever single lol i'm only 14)

This is adorable, Mindy! You did a really great job at the pictures, I likey. o.o <3. Thanks for this post, I'll try it out when I have time to wear makeup! 8D <3

(And lol, not trying to be cheesy or sucking up, but I think all your posts are special. Whether you posted this for V-day or any other day, we'd like it just the same!)

The pink is so cuute! *A* I know a lot of people who don't do it correctly and it ends up looking like they just cried. AHHA-
Loving your contacts!

cute pink colour..
I wish to see your full face though :D

Pretty eye makeup mindy! But where is your cutie pie face!!! Haha thank you for sharing this tutorial it's simple and easy to follow ^^

Aw this makeup tutorial is so adorable! Pink is perfect for Valentines day! I love how simple it is to do ^^

So pretty! I normally avoid pink eyeshadow because I think it looks odd on me hehe^^ But you make me want to try it again:P Thanks for sharing Mindy, hope you had a good Valentines day:D x

This is really pretty Mindy! Thanks for the lovely tutorial. This eye makeup really suits you~ :3

Thanks for visiting my blog and inviting me to your giveaway *^* No need to thank~!

I love pink make up too! :D I think it looks good on every eye shape haha. Thanks for visiting *^*

Aw thanks, June!! *^* Your comments are always really heart-warming (maybe it's because it's you haha) but I love them, seriously! I hope you can show me pictures of you trying out the make up, I would love to see it QwQ

Aw thank you so much for reading *^*

My mom said that I look like someone who got punched in the face when she saw this make up look on me HAHA BUT I POSTED IT ANYWAYS LOL. Thank you qt QwQ My contacts are the G&G Alamode Brown (if you want to know this xD) Thanks for your cute comment :3

I forgot to take full shot pictures with flash so I just didn't post the ones in natural lighting, it'd be kinda off the feeling haha xD Thanks for reading tho, Rini :3

Thank you so much, Misa!! It's been a while we talked ;__; I miss it~ I will remember to post one in my next make up tutorial haha ^^

Thanks for your comment, Mary! I'm so excited for our collaboration eventhough I'm going to fail it ;__;

Thanks for reading my make up tutorial, Miya *^*

Don't say this, Emily! I bet you look wonderful in it!! :D No ned to thank, thanks for reading my tutorial~! :3

Thanks for your comment,Phailee *^* I bet it would look good on you too :3

Thanks for visitng my blog, Charmaine~ :3
I'm already really excited for our make up collaboration >-<

Thanks for visiting my blog, Krystal QwQ It's been a while since we talked, I want to talk to you more often but I really don't know what to say T^T

Love this <3 you should post more of these tutorials and a full face photo XD !

Thanks haha. I will do that in my next make up tutorial~ Thanks for leaving a comment, Kristine :3

OOOOOHHH! I might try this for valentines day! It is so cute and flirty.

Also, wanna follow for follow? I really love your blog and we should support each other. <3 Just let me know. :)